Hi I’m Arthur, sometimes I design and develop software applications. Currently I'm not working on a project however, feel free to check out my About Me page or my latest posts below.

Unfortunately Lyrical Banana development has ceased due to copyright issues. In this post, I'll explain what I tried to implement and also share the complete designs I had planned for Lyrical Banana.

There were two copyright issues I ran into, but the second was the fatal blow concerning a fundamental feature. The first feature was Google Image Search that was going to look like this: 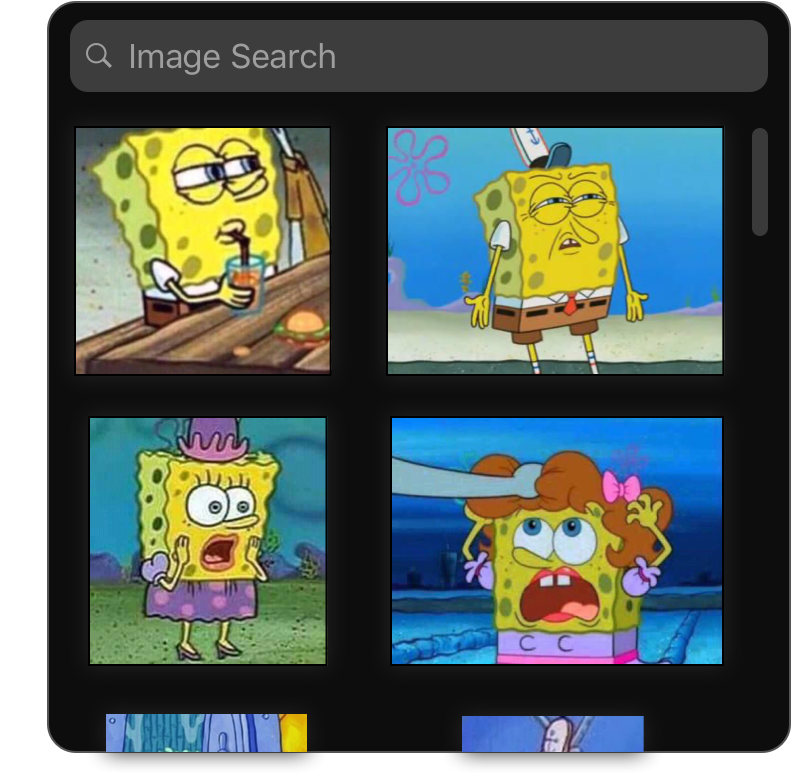 You would simply enter in some text and it would provide Google Image search results. The issue here, I ended up finding out, was that nearly all image results from Google is copyrighted. Since they're a search engine, they can show copyrighted images with attribution. But for Lyrical Banana, I would be infringing by presenting them without copyright owner permission and furthermore by enabling others to use them in the creation of music videos. After some thought, I pivoted the feature to be a photo library image selector: 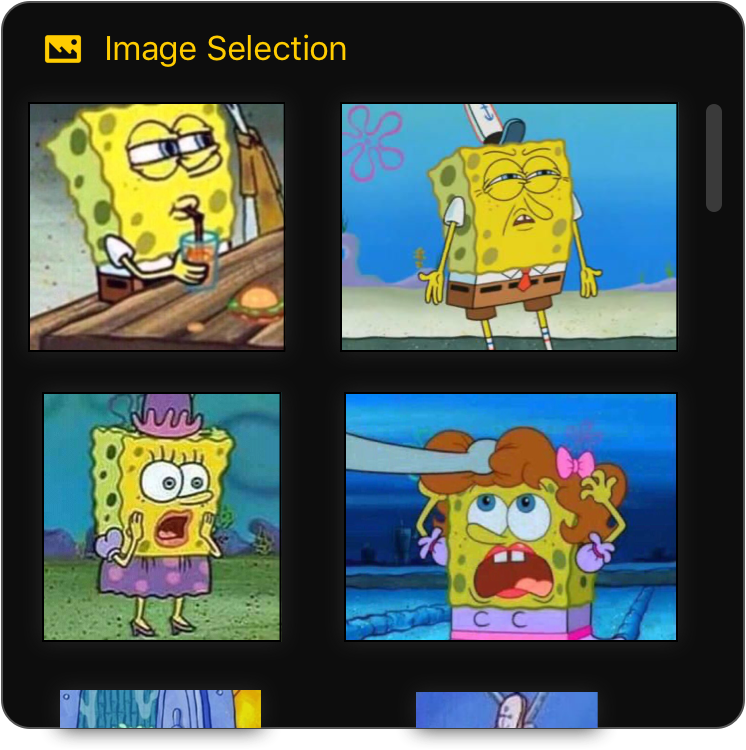 You'd have to do more work to get good meme images for your music video and it's less intuitive to the Lyrical Banana experience, but I figured it'll do.

While trying to retrieve lyrics via network requests, I found out I couldn't get it from

Spotify, and not even Genius. The only way to get lyrics is to scrape a website which is generally legal, but since lyrics are copyrighted, I would have to sign a licensing deal with the music publishers.

Spotify can display lyrics because they're partnered with Genius and Genius can do it because they won a copyright lawsuit stating it's fair use (“for purposes of commentary and criticism.”) Thus the lyric editing feature would be illegal if lyrics were scraped from websites and without displaying lyrics, Lyrical Banana users would only output a slideshow of images instead of a music lyric video. The design is fundamentally flawed without lyrics and so Lyrical Banana will no longer be developed.

Anyway, below is the Lyrical Banana designs I had planned to implement (in order) and here's a link to the Github code repo. To better follow the designs, the flow to creating a Lyrical Banana meme would be to select a music service, select a song, pair images to the song lyrics, and then lastly export your slideshow of images with the lyrics overlaid.